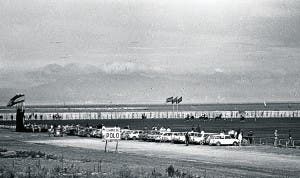 THERE was a time in Sotogrande, not so long ago, when polo was played by the sandy shores of the Mediterranean with the majestic backdrop of Gibraltar and watched by barefoot spectators in sarongs.

Ben Bateman, of Holmes Property Sales, remembers the resort from its own salad days.

“As young children we would go from the sea to the pool at the ‘Cucurucho’ beach club and then across the road to the golf club to play nine holes of golf and then back to the beach again.

“As teenagers because of the secure nature of Sotogrande we had the kind of freedom that allowed us our independence and the opportunity to party at night and spend the days playing sport or on the beach.”

“My dad came out here on a golfing trip in 1977 with three friends to play at Club de Golf Sotogrande and Las Aves – now better known as Valderrama and as the host of the 1997 Ryder Cup.

“He fell in love with the magical enclave and later moved his family out here and that was how Holmes arrived in Sotogrande,” says Ben, who has many happy memories of a safe, easy-going childhood with activities galore.

At the time, the two golf courses were blazing a trail as the first clubs on the Costa del Sol. Northern Europeans were also being seduced by the year-round ‘Californian climate’, as promoted by trend-setting Filipino-born businessman Joseph McMicking and his wife Mercedes, who invited all their wealthy friends to share his secret enclave.

“Back then, the polo field was on the beach, opposite the golf club,” says Ben.

“I remember those lazy summer days like they were yesterday, when people came to relax and play in this wonderful estate.”

When Franco’s border restrictions between Gibraltar and Spain were lifted in 1985, the property market boomed.

Brits could finally buy in this part of Spain in their own name and cheap travel and transport links worked in it’s favour.

Sailing, polo, golf, tennis, water sports and kilometres of beautiful beaches brought families here for the entire summer– and they still do..

“It had and still has a very special atmosphere, and we guarded that zealously – we want to protect Sotogrande and the magic that still exists.”

Sotogrande was never a package holiday destination and for many people it was either found by accident or they were invited. It added to the sense of pride to be part of this wonderful, privileged estate, that many of the original owners had.

Sotogrande is famous for its residents, the cocktail parties and chic elegance.

“Everything has grown – the Cucurucho beach club is now the Trocadero, polo on the beach became the Santa Maria Polo Club with fantastic installations at The Los Pinos grounds and we have one of the most fantastic marinas in Europe,” continues Ben.

Ben’s school – where his children now go – was set up out of cattle sheds in the old Cortijo de Paniagua with 68 students in 1978. It is now located at La Reserva with over 680 students.

He later attended Stowe school in the UK and at the University of Bristol but he couldn’t stay away for long. Likewise, many of his old childhood friends are returning.

“There’s something about this place that gets under your skin,” says Ben, whose passion and depth of knowledge about Sotogrande and the property market is obvious.

His long history and passion for Sotogrande makes him the ideal agent.

“I get so much pleasure from helping people find their homes and then watching them and their families enjoying Sotogrande for five, 10 or 15 years,” he adds, with a smile.

“It is always sad when families leave, but on the bright side they have loved this place and are now entrusting us to help open the door for a new family to move to Sotogrande.”