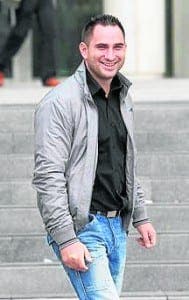 ONE of Ireland’s most notorious Real IRA members is heading home after hiding out on the Costa del Sol for five years.

Paul ‘Burger’ Walsh, 34, fled to Spain in 2010 after he became the target of irate Republicans in Dublin.

As well as being shot at, Walsh’s property in Dublin was also firebombed but he survived both attacks.

He is believed to have split the last five years between Liverpool and Torremolinos, where he set up a boxing gym.