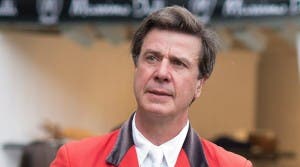 A SPANISH aristocrat rolled out the red carpet of his lavish Sevilla palace for two war-torn Syrian families.

While Madrid’s mayor today pledged €10 million for Syrian refugees, charity started at home – some 18 months ago – for the youngest son of the wacky late Duchess of Alba. 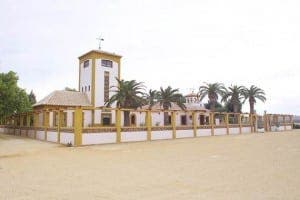 Cayetano Martinez de Irujo y Fitz-James Stuart’s family estate near Carmona has played host to two Syrian families for the last year and a half – but has only just owned up to his Samaritan ways.

He told broadcaster Cuatro that he was inspired by a news story about Salam (pictured right), a refugee forced to sleep on the Spanish streets despite being a qualified urologist and speaking five languages.

“I always do things and don’t talk about them,” said the duke.

“But in this moment I feel so sensitive about this, so angry, so helpless in the face of what is happening that of course I agreed to speak.”

His mother, the Duchess of Alba, had more titles than anyone else on the planet and passed away in November.

Property of the week: Historic palace in northern Spain, which played host to royalty and inspired literature

Police recover over €12,000 of cash and items stolen from Ukrainian refugee in distraction theft on Spain’s Costa Blanca