AN English expat has been arrested for operating a postal drug service. 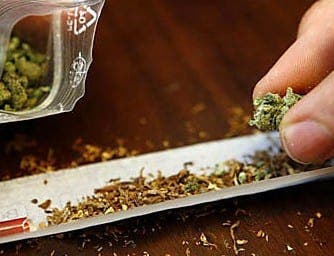 The unnamed 52-year-old woman from Almunecar was apprehended after police intercepted two parcels both containing 50 grams of marihuana.

A police raid on her home uncovered two cannabis plants and nearly 3,000 grams of hash.

It is thought that she had operated out of her home for almost a decade.