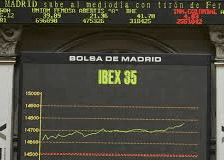 The best figures came in January-June 1999, when profits of €33 billion were posted.