AN infestation of rats and cockroaches is plaguing Algeciras residents, according to the PSOE. 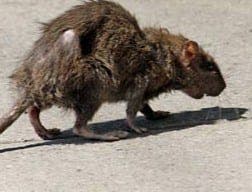 The left-wing political party criticised the lack of cleanliness in parts of the city, which have led to a spike in rat numbers.

“A large majority of the drains are completely blocked by dirt or debris, and in many there is even vegetation growing,” said the spokesman.