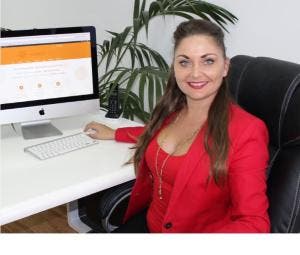 THE recession has been as deep in Ronda as everywhere else in Andalucia, but that hasn’t stopped one expat from succeeding spectacularly.

Dawn Hutchinson, 36, took a risk in relocating to Ronda in 2007 to set up online marketing business ArayoWeb.

But her gamble has paid off in style, with ArayoWeb now one of the major English-speaking web agencies in the whole of Spain.

“Our expertise in online marketing and SEO is well proven with a first-place position (position 1, page 1) in Google for the English keyphrase ‘web design Spain’,” explains Dawn, originally from the UK.

“Our client base is continually expanding, not just nationally, but also into the rest of Europe including the UK, Belgium and Holland.

“We’ve also just taken on a contract to create the platform for what will be the next biggest multi-listing real estate portal in Canada and the US.”

National newspaper La Razon has not overlooked ArayoWeb’s success, interviewing Dawn on the topic of Business Excellence in E-commerce and online marketing after she was shortlisted for an award.

But she still has time for the local market, recently taking on a local Ronda-based client who owns the Toy Planet chain of stores. Not forgetting the Costa del Sol too, which brings in lots of business from English companies.

The ArayoWeb team continues to expand, with a new Sweden-based programmer now on board as well as the first Rondeñan, Antonio Bravo, who fought off 200 applicants to get the job.