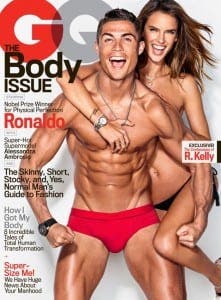 THE mercury may be dropping, but Penelope Cruz and Cristiano Ronaldo are sending Spanish temperatures rising.

The Oscar-winning actress looked her red-hot best on the cover of February’s Vogue ahead of new film Zoolander 2’s release.

And Ronaldo flaunted his abs on the front of GQ as smoking-hot Victoria’s Secret model Alessandra Ambrosio draped herself seductively over the Real Madrid star.

Newsagents stocking the magazines may have to install flame-proof shelves this month. 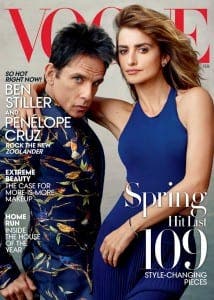