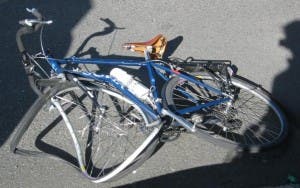 A FORMER town councillor is in a ‘serious condition’ after a hit-and-run incident left him hospitalised.

The 65-year-old ex-Torrox councillor – who is yet to be named – was rushed to the Hospital Comarcal de la Axarquia after a yellow van knocked him off his bike in the town centre.

He suffered fractures to his ribs and limbs, as well as suffering head injuries.

Police are still trying to track down the driver who is said to be middle-aged and Spanish.

Sign of Confusion: Disgruntled residents complain about caravans parked around the mouth of the River Torrox – but what does the warning sign really...