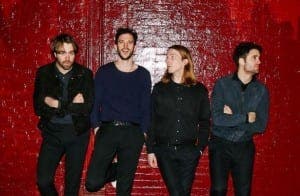 BRITISH rock group The Vaccines are set to play their first ever gig in Granada.

The London-based band come to Andalucia on Saturday March 19 as they tour their third album English Graffiti.

The band are also playing in Barcelona on March 17 before heading to Madrid the following night.

The Vaccines have described English Graffiti as ‘genre-defining’ and released the first single, Handsome, off the album on January 19 last year.

John Culatto - 7 Oct, 2022 @ 14:44
POLICE in Algeciras found a young man shot dead in his car after a clan battle in the neighbourhood of El Saladillo. It is the...