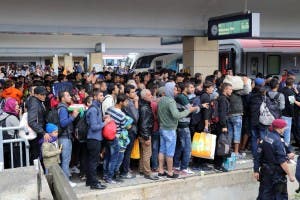 The Spanish Commission for Refugee Aid (CEAR) has warned that only three out of every 10 requests for asylum were granted in 2015, down 13% from the previous year.

This is despite Spain receiving the most asylum requests from Syria in 2015, totalling 5,724.

CEAR has said Spain’s increased border controls and inaction on granting asylum has caused a ‘serious setback’ and put the human right of asylum ‘in danger’.

While Spain granted 31% of applications last year, the EU average was 50%.

Their rate of granting refuge has fallen despite the amount of requests increasing from 6,000 in 2014 to 15,000 last year.