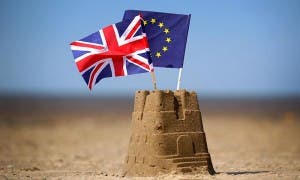 ALMOST two-thirds of Spaniards want Britain to stay in the European Union, a survey by Bertelsmann Foundation revealed today.

Spain is the nation most opposed to Brexit according to the study.

The average European country is 54% in favour of Britain staying in, according to the study.

And a total of 74% of Spaniards would choose to stay in the EU if they were given the opportunity  to vote, the least likely country to favour a breakaway.

Reasons for their desire to stick together could include the fact that 10% of the UK’s total foreign investment is spent in Spain.

And Spanish companies invest €48 million in the UK – 14% of their annual total.

While 68.1 million tourists came to Spain last year, Brits accounted for nearly a quarter of them, contributing a massive €14 billion to the economy.