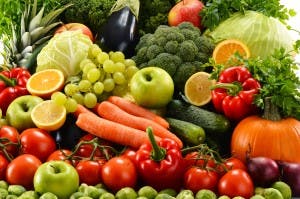 ONLY 11% of Spanish adults eat the recommended amount of fruit and vegetables, a new survey shows.

The Lidl Five A Day study also revealed that 47% of women eat fruit at some point during the day with 29% of children eating just one portion of vegetables a day.

The supermarket giant has now launched a campaign called Frutitour to raise awareness of the importance of eating five portions of fruit and veg a day.