A PAIR of workers have been fired from a town hall after it was discovered they had been skiving off work for 15 years. 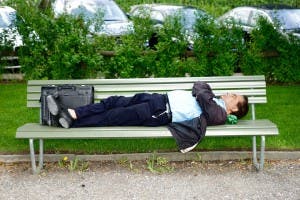 The driver and the gardener at Jerez town hall didn’t however fail to pick up their paychecks during that time.

Despite being fired, the CGT trade union argued that they were simply taking off their own  ‘accumulated days’ as well as those of other employees, as they can be shared.