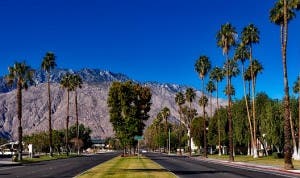 BARAK Obama is trading the White House for a less iconic but no less luxurious location: the sprawling Palm Springs mansion of the former US ambassador to Spain, James Costos.

The Obama family will travel to Costos’ 11,000-square-foot home in Thunderbird Heights after Donald Trump’s inauguration later today, and stay there for a short, well-earned holiday.

Costos was named ambassador to Spain in 2013, but left his post on Wednesday 18 January as Obama was coming to the end of his term in office.

The Obamas have stayed with Costos and his interior designer husband Michael Smith several times before.