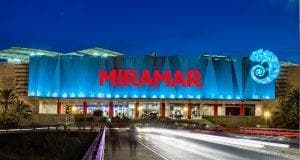 HUNDREDS were evacuated from a Fuengirola shopping centre after a malfunctioning fryer was mistaken for a bomb.

A loud bang was heard inside the Miramar shopping centre at around 4pm yesterday, which sparked terror from the shoppers.

Men and women were filmed running to safety on a nearby riverbank, and others were heard screaming.

Shopping centre manager David del Barrio later revealed that a fryer had caught fire in a pizza restaurant, and had set off the fire alarm.

He said there had been ‘no need to evacuate.’

Only one person was injured – a woman who was treated for a sprained ankle.

It comes after terrorist group Isis had threatened an attack on popular Spanish beach resorts.