THE number of people rescued at sea has doubled in a year.

In total, eight people were killed off the Balearics, two in boating related incidents and six related to events such as surfing, scuba diving and swimming.

Salvamento Maritimo also aided in the search of five missing boats and rescued 72 people from the waters.

Nationally, they aided in over 36,000 rescues and searches, averaging 99 a day.

The sharp rise in rescues has been put down to a big increase in immigrant boats arriving from Africa. 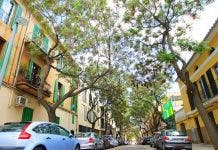