“We have to alter this system which is inefficient and under-financed and often cruel to the people who are only seeking a better life,” said Marugan.

Immigrants can spend 72 hours “in cells which rarely have natural light hardly ever running water,” said the 71-year-old.

The human defender cited the suicide of a migrant in Archidona prison near Malaga where a migrant was in solitary confinement for several weeks at the end of 2017 and took his own life. 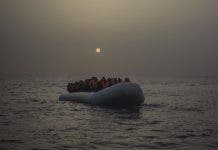