AS news broke that Cristiano Ronaldo left Real Madrid to join Juventus, who can possibly fill his boots at the Bernabeu?

The Portuguese striker has signed a four-year-deal with the Italian champions, but will it be a difficult task to replace the 33-year-old?

Interesting to note that Real Madrid would have won 89 less matches without Ronaldo’s goals.

We take a look at the long-list of potential replacements:

Paris-Saint-Germain forward Neymar has been heavily linked with a move to Real Madrid. If reports are to be believed, Neymar regrets his record-breaking move to PSG and is not happy with the standard of Ligue 1 – Neymar has also been quick to deny this. Regardless, uncertainty looms over the future of Neymar in France. One set-back over a potential move to Madrid is the transfer-fee: PSG smashed the world-record transfer fee in 2017, signing Neymar for £198m. Madrid would need to top this should they have any chance of signing the Brazilian forward. Neymar, who used to play for rivals Barcelona, would be the first player since Javier Saviola in 2007 to play for both clubs.

Kylian Mbappe – one of the most exciting players in world football. Mbappe who also plays for Paris-Saint-Germain, has also been heavily linked with a move to the Bernabeu. With an impressive world cup appearance, a move to the La Liga may cement his place in top three players in the world behind Lionel Messi and Ronaldo. His move from Monaco cost PSG £128m, money stored from the sale of Ronaldo could go towards the capture of the French striker.

Chelsea star Eden Hazard has been the stand-out player for Belgium during this summer’s world cup. One of the major factors in Hazard potentially seeking a move away London is Chelsea not playing Champions League football next season. Hazard has been long-linked with a move, saying it would be a ‘dream’ to play for Madrid. It is understood that Hazard is Madrid’s ‘Plan B’ should a move for Neymar fail.

Harry Kane has cemented himself as one of the best strikers in the world after England’s successful world cup tournament. Speaking on ESPN FC, former Liverpool defender Steve Nicol, said: “As a professional player you have to try and play with the best.

“Even if that means breaking a few hearts along the way, sometimes it just happens.

Harry Kane is a Madrid fan-favourite and is their preferred choice of target, one stumbling block is Kane’s devotion to Tottenham and this was solidified with him signing a six-year-contract with the club earlier this summer. 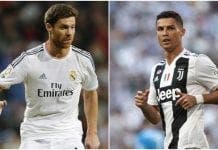 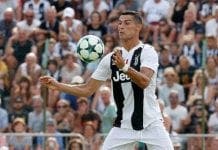