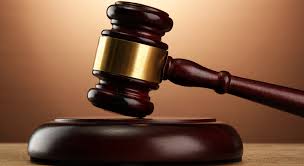 GRIEF-stricken parents of a baby who died in February are taking the hospital to court after doctors administered more than ten times the medication it needed.

The nine-month old had just survived a heart transplant at the Gregorio Maranon Hospital in Madrid when doctors made the fatal error.

The parents have this week filed a complaint of manslaughter with a court in the capital and are being represented by the Patient Advocate group.

The baby had had the surgery in November and was recovering in February when it needed 100 miligrams of mycophenolate, an immunosuppressive drug which is used on transplant patients.

However, doctors mistakenly gave the child more than 1,000 milligrams.

As is recorded in the medical records, it died days later from intestinal necrosis, despite doctors trying to reverse the effects of the overdose.

The court will now investigate whether it was the doctor who prescribed the wrong dosage or the nurse who simply administered too much.

Lawyers for the family said it was wrong that the hospital ‘has not even provided psychological help’ to help them get over the ordeal.