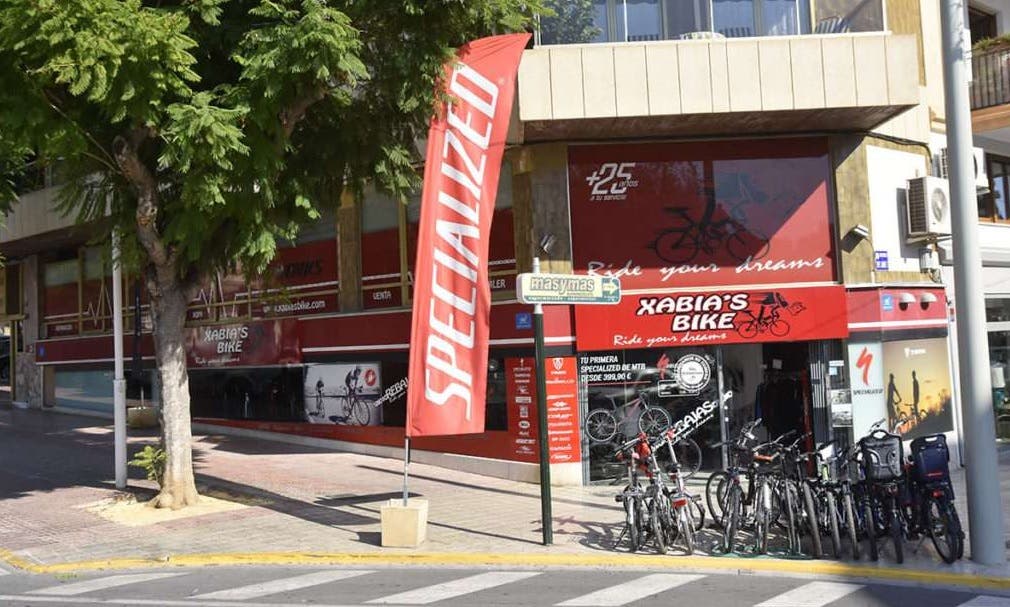 A mid Range Winora E City Bike was provided by Xabias Bike, based in Javea, Moraira and Jalon (see end of article).

This Electric city bike ride was a very different experience from the electric mountain bike trialed in Moraira, Javea, Denia and Jalon recently (also provided by Xabias Bike). Firstly, the riding stance is upright and very civilized. The wide seat with hydraulic stem is cushioned and relaxing. There was a strong rack to carry a basket or bag for a day out or to place a toddler’s riding seat. It is relaxed old school cool with new battery technology. And, there is a bike STAND!!  The wheels are narrow, the motor powered by 300w Bosch battery. The electric assistance motor could roll it’s sleeves up on the flat and light slopes. 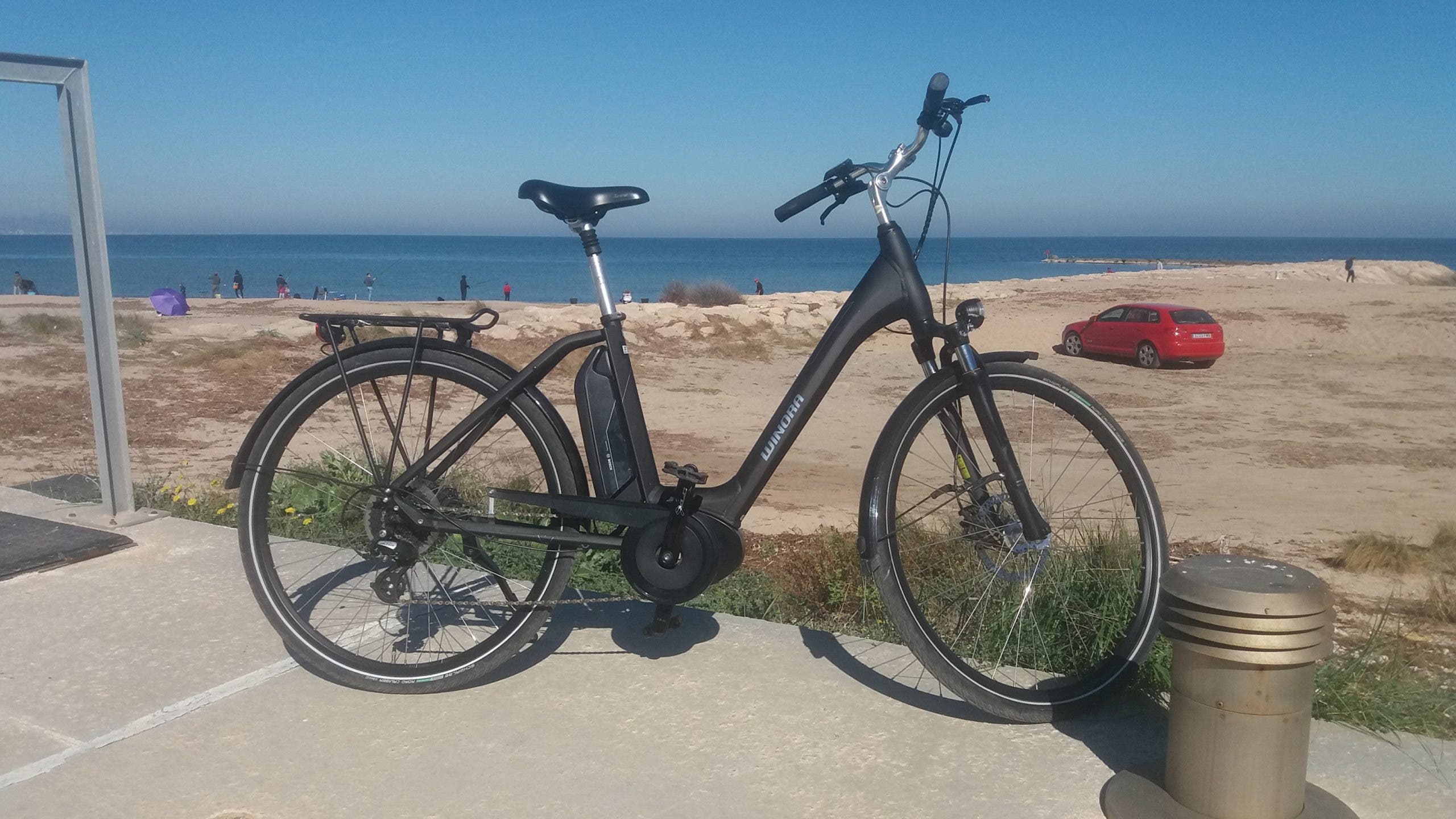 Initially I tried the going over the Montgo over the steep mountain road from Javea, but quickly realized that steep hills was not the raison d’etre of this e-bike. This was a city Electric Bike, the riding position did not lend itself to bending over in anguish. I changed my goal to light hills and flat, riding the back route from Javea to Jesus Pobre, on to La Xara and further to Jalon. On that route the e-bike really came into it’s own. On the flat, this can be a quick electric bike. On light hills, it is also a swift, you just need to keep the gears low. You learn in no time how to extract the most out of the electric city bike, and enjoy its electric assistance.  Plus, due to the bike’s narrow tyres, it is not suffering to simply pedal without power on the flat, so you really have the best of both worlds. You COULD tackle a steep hill on lowest gear and highest power settings, but it’s not why you would buy the bike, it doesn’t have the attacking grunt of the powerful electric mountain bike. Of course, I do weigh some 110 kilos, so the bike can’t be expected to perform miracles on it’s modest motor. Riding the 13km las Marinas road in Denia was glorious, and I easily overtook some of the more racy manual bikes before I settled in to the bike’s real strength, a sophisticated relaxing ride.  It would be a worthy investment in healthy fun and exploring all the hidden gems in Costa Blanca, and not worrying about parking.

I have always loved to ride bikes, so when I got the chance to try the Winora electric bicycle from Xabias Bike, I was over the moon. From the moment I sat on the electric city bike  or e-bike as it’s also known, I felt like a Parisian in Spain, the only thing missing was a basket with a baguette. The first thing I noticed on the electric bike was the comfort (nothing bugs you), and elegant upright riding position.   The “E-bike” is very easy to ride, despite it being heavier than a regular bicycle. It only takes a few minutes to figure out how the electric assistance works, so even those who are not tech-savvy will have no problems, everything is adjustable with just two buttons. Before going for a ride you select a mode between ECO (Lowest), Sport, Tour and Turbo (Highest), it is also very easy to switch through modes while riding the E-bike. 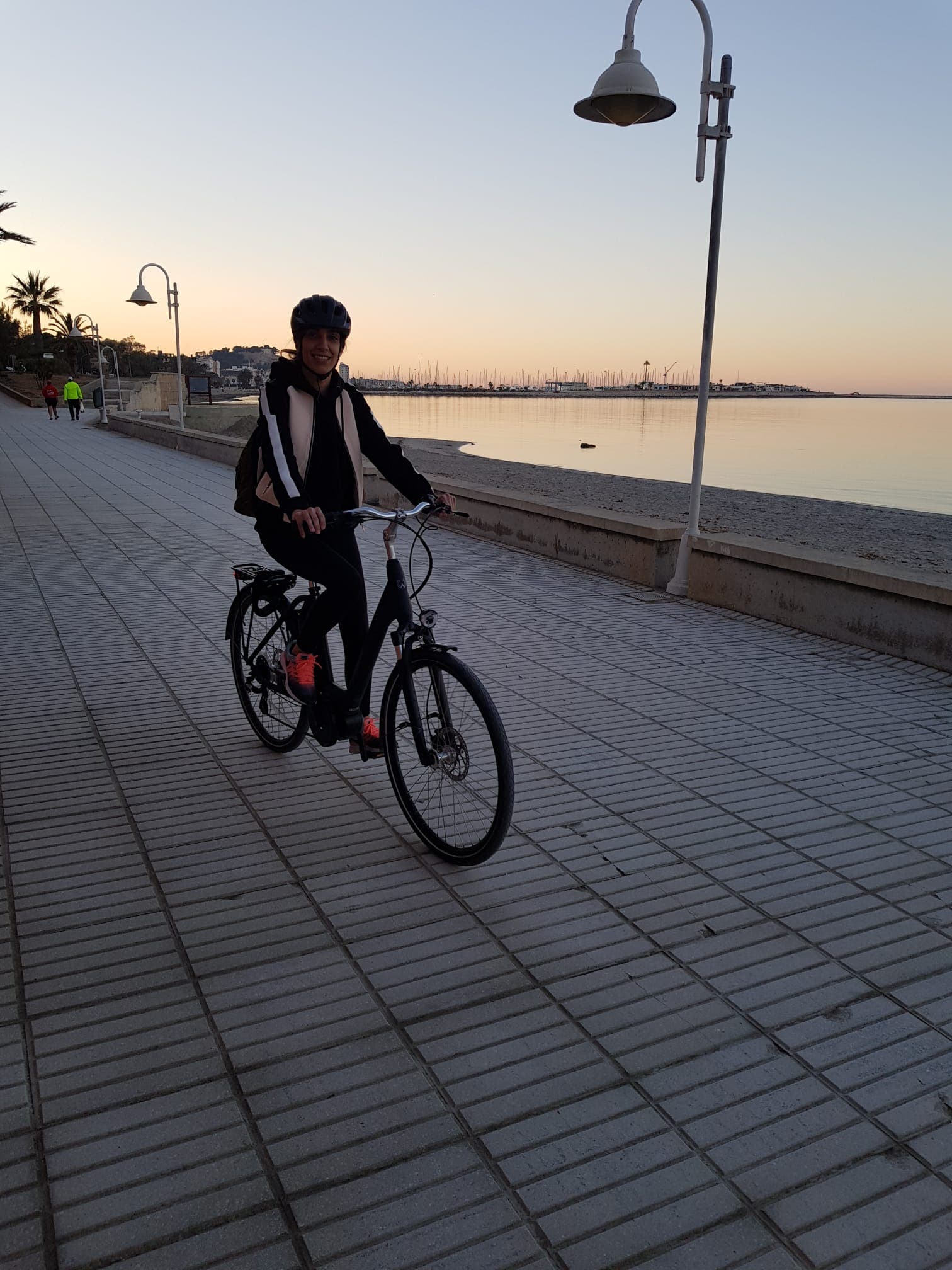 I chose 2nd fastest sport mode, sat down on the comfy seat and set off along Las Marinas. Without any definite goal, I headed to  Denia town and Marina, this is a city bike after all. I totally lost track of the time, and most fascinating of all was that I didn’t get tired. It wasn’t until I noticed the light on the electric bike that I realized that it had started to go dark and I had been riding for nearly three hours!!  The Bosche battery had only dropped some 30%. 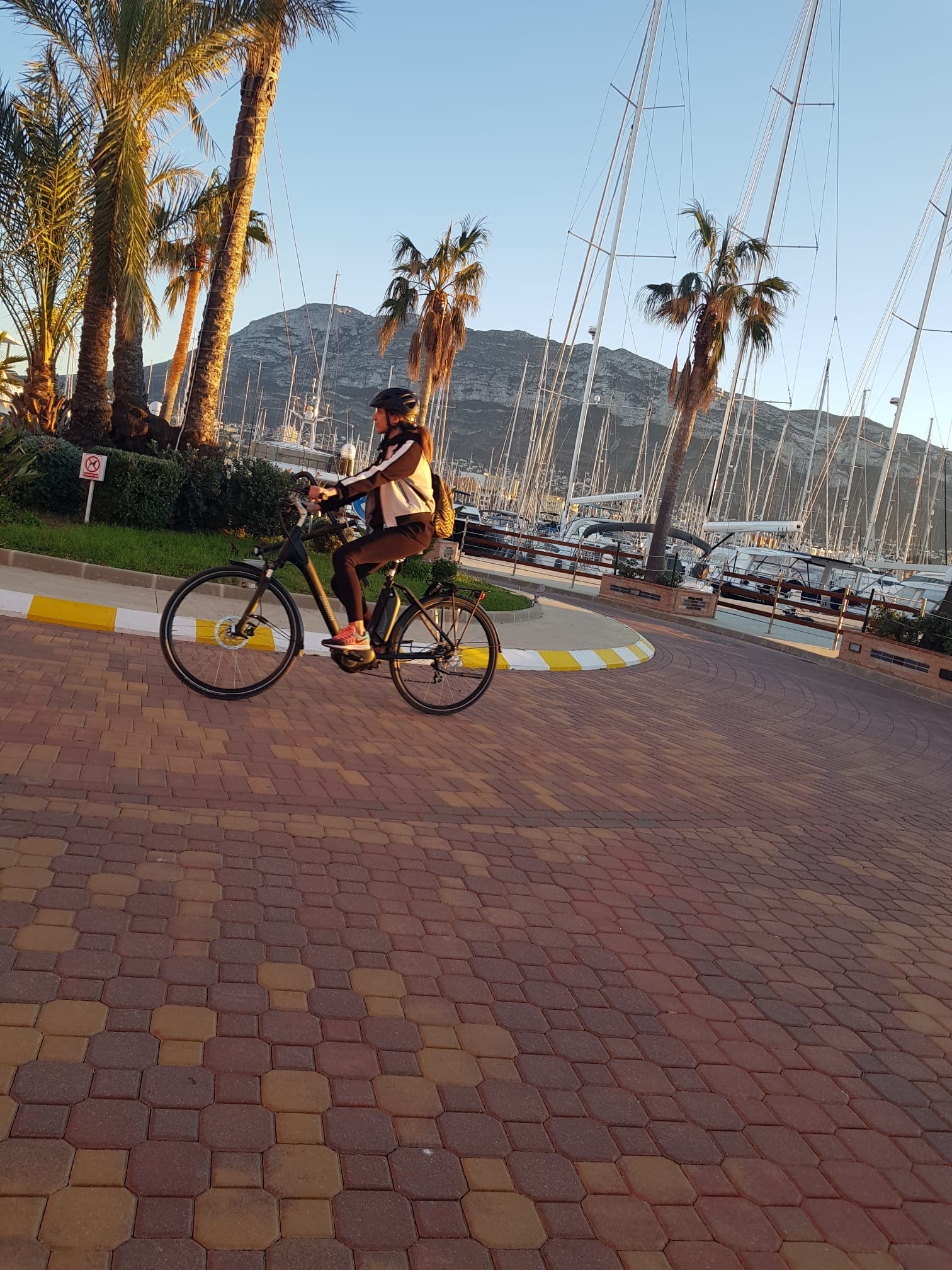 I can understand why there has been a huge growth in the popularity of electric bikes in recent years here in Costa Blanca. After trying the city E-bike I would say it is the ideal thing for towns and country, it’s stress free, and most importantly you do not have to look for parking. If you want to get some stronger exercise whilst you ride you can turn the power off. If your feeling lazy, turn on Turbo mode, and put minimal effort into pedaling and enjoy the very relaxed riding position. If I had to use two words to describe this city E-bike, it would be ELEGANTLY AWESOME!  Thanks Xabias Bike!

Xabias Bike are passionate about bikes. They have grown rapidly through  having the best bike ranges in their stores in Jalon, Javea, and Moraira. They offer Sales, Rentals and bike maintenance. Visit their website https://www.xabiasbike.com/en/ to locate the stores. Feel free to ask them any questions or assistance when purchasing your new bike with no compromise, they are always happy to help a fellow cyclist. Contact them by email info@xabiasbike.com or phone  (+34) 966 461 150 (Javea)