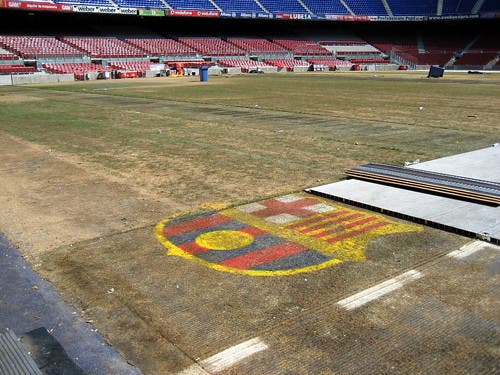 The face of Spanish football has changed in recent seasons. Barcelona lost talisman Lionel Messi due to financial struggles, which also make it very difficult for them to compete with Real Madrid and Atletico Madrid for the next few years. That is likely to leave the two Madrid clubs as the only hope for Spanish football in Europe, but can they compete for trophies?

The current Champions League winner odds are dominated by teams from the Premier League, with Manchester City leading the way at 4.5 and four of the six favorites coming from England. The other teams involved towards the top of the betting are Bayern Munich from Germany and PSG from France. It is only after these six that Real Madrid appears, showing how far behind La Liga teams are compared to others around Europe.

In years gone by, Champions League betting tips would have been dominated by predictions for Real Madrid and Barcelona to not only win individual games, but also win the competition outright. That has now moved to the Premier League, the league that provided both finalists last season in the Champions League, and one of the two teams in the Europa League.

Due to Villarreal winning the Europa League last season, Spain has five clubs in the Champions League right now. Not all will qualify for the knockout phase, but if they can get two or three teams through to that stage, the hope will be that Spain can at least produce a quarter-finalist.

That lower mark would not have been considered a few years ago, but now, the new aims for the country as a whole have to be lowered. Part of this may also include taking the main focus away from the Champions League, and instead putting it on the Europa League, as well as perhaps even the Europa Conference League that was recently created.

Does the Europa League Offer the Best Chance of Success?

If a team from Spain is to lift a trophy this season, and over the next few seasons, then it is highly likely to come from the Europa League. Spain will have a couple of teams in this competition from the start, and if their Champions League teams fall short, they could find themselves falling into this competition for the knockout round.

Should this happen, Spain would have three or four teams in the Europa League knockout round, a competition where the very best in Europe are not usually involved, so the waters are a little calmer. Given the fact that Villarreal had enough quality to win the competition last season, should someone like Barcelona drop down into the Europa League, they would fancy their chances of going far.

For many years we have seen Spain as a giant of European football. However, times are changing and while other leagues are moving forward, at best, Spain is standing still, though it is probably going backwards a little. Should any success in Europe come, this is far more likely to happen in the Europa League, rather than the Champions League.