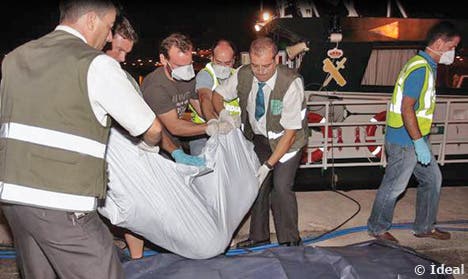 MAFIA gangs that control illegal immigration from Africa to Spain are being blamed for the double tradegy that has claimed the lives of almost 30 people.

In two seperate incidents this month, 29 sub-Saharan migrants have died off the Granada and Almería coast attempting to cross the Mediterranean Sea in ill-equipped boats (pateras).

And the ombudsman for Andalucía believes Morocco-based mafia gangs, which demand up to 3,000 euros per person for the promise of a better life in Europe, knowingly sent the would-be immigrants to their death.

“These are the biggest cases of mass murder Spain has ever witnessed,” said José Chamizo.

He was speaking in Granada after 14 Nigerian migrants died after their unseaworthy vessel was hit by four-metre-high waves during a heavy storm off the coast of Motril.

This was just two days before the bodies of 15 more migrants, nine of whom were children, were thrown overboard 30 nautical miles from El Ejido. According to the 34 survivors, the boat had spent five days adrift in searing summer temperatures after the tiny 25 horsepower engine broke down. 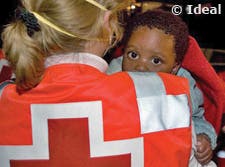 “We have good reason to believe that the boats in both incidences were poorly-equipped and that the mafias knew they had little chance of reaching their destination,” he added.
The 23 survivors of the Motril tragedy told how their boat ran out of petrol hours after leaving Alhucemas in Morocco.

In a crossing that normally takes three days, the 37 migrants – crammed onto the six metre-long inflatable zodiac boat – began rowing with their arms in their desperate attempt to reach Spain.

After spending two days adrift with little drinking water and no food, heavy storms capsized the vessel, claiming the lives of 13 men and a three-year-old child.

The survivors managed to cling on to the hull for 48 hours before being spotted by officers from the coastal division of the Guardia Civil. They were rescued 60 nautical miles from Motril and treated at the city’s port by Red Cross volunteers for hyperthermia, dehydration and exposure.

“No food or water”

Two days later, tragedy struck once again when a second patera, at sea for one week, was rescued.

This had left the Moroccan coastal region of Oujda on the same day as the Motril-bound boat. A day into its voyage its insufficient engine gave out, leaving the boat and its 48 passengers stranded in the Mediterranean.

“Our engine broke down and we were left without food or water. We had no shade from the sun,” survivor Tangufor Lucas told immigration officials in Almeria before he was deported to his homeland, Cameroon.

He added how the passengers, none of whom had previously travelled by sea, tried to maneouvre towards Spain using only their arms to propel the patera.

“For three days we rowed. Gradually, people started to tire and die,” Lucas is reported as saying.

When the Guardia Civil picked up the boat off the coast of El Ejido, only 34 of the original load was left alive.

Fifteen had died. Nine of these, including a 12-month-old baby, were children. Two male survivors had been charged with disposing of the dead bodies.

“Four days into the voyage, all the party became disorientated without food or drinking water. It seems people started to die one by one and two of the party took the tough decision to throw the bodies overboard.

“The whole situation has been made worse due to the fact young children were involved,” regional government spokesman Miguel Corpas said.

He added that the bodies may never be found and that the survivors were treated for burns, dehydration and hypothermia.

During an official visit to Granada – where he asked the European Union to help Spain combat illegal immigration mafias – President of the Government José Luis Rodríguez Zapatero expressed his sorrow at the deaths.

“Seeing human beings lose their life trying to escape povery and misery is unbearable,” he said.

Accompanying Zapatero in the city, President of the Junta de Andalucía, Manuel Chaves, added: “The pain at what has happened in Motril and Almeria should be felt throughout the entire developed world.”

Meanwhile, a tunnel linking Spain to North Africa could open in 2025.

Madrid says a feasibility study into the underwater project, which could unite Europe with Africa for the first time since continental shifts 200 million years ago, is due soon.
If it meets with approval, work on the rail link will begin next year.