IMPROVEMENTS to Andalucia’s roads have been halted as the government claws back cash.

The planned cuts, which will save the government 64 billion euros over the next two years, will affect the whole country as 231 public works are cancelled.

The worst hit areas are in the north of Spain, with Cataluña and Cantabria facing delays of up to four years on planned road and rail works.

Improvements to the A-32 near Jaén will be cancelled.

Public Works Minister, José Blanco, admits that the cuts will further affect building companies but are necessary because of the recession to rein in public sector spending.

An estimated 100,000 builders already employed for these contracts will now be left unemployed. 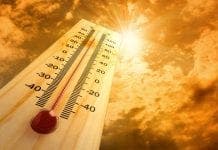