EXCLUSIVE By Wendy Williams in Malaga

WORKERS at Andalucia’s most exclusive development are threatening to strike over Easter.

Staff at La Zagaleta – where homes start at three million euros – are blaming the British owners and Troon golf club for the loss of jobs.

Half a dozen staff were laid off in cutbacks and are now manning a picket line outside the upmarket development between Ronda and Marbella.

Among a dozen banners in English that line the road outside, one said: ‘English board = Fired Staff’. 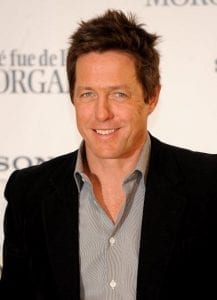 First developed by arms dealer Adnan Khashoggi in the 1970s, the development counts Hugh Grant and Dolph Lundgren as residents.

The staff – three gardeners, a waiter, a cook and a caddy master – were laid off due to the recession and a loss of community fees, insist the owners.

Now with the support of the CCOO trade union, as many as 50 of the 62 members of staff are expected to go on a seven day strike from April 18.

CCOO spokeswoman, Lola Villalba, explained: “The workers are being used in a war that is being waged between Troon, the promoter of the urbanization and the board who run the club.

“Both of them are fighting to seize the reins of the complex.”

Both sides are still in discussion and a hearing with the Labour Dispute Settlement Service of Andalucia has been scheduled for Friday.

Troon golf runs golf clubs around the world, including Turnberry golf course in Scotland, La Quinta in Marbella and others in Dubai and South Africa.

A spokesman from Zagaleta said: “They want their jobs back, which is why they are protesting. We are discussing it all this Friday.”