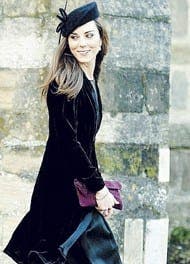 WHEN the Olive Press first met her on a beach on the Costa de la Luz she told us how she had made the local butcher’s wife a dress and got free meat and eggs in return.

Fast-forward three and a half years and designer, Sophie Cranston, is one of the names on everyone’s lips.

After being tipped as the designer of Kate Middleton’s wedding dress – the most coveted commission of the decade – the world has definitely started to take notice of the designer who once lived on the beach in Facinas, near Tarifa.

As the rumours circulated, more and more celebrities emerged as firm fans of the designer, who developed her unique style – indeed launched her label – from little more than a wind-blown shack in the tiny village surrounded by wind turbines.

First Jerry Hall admitted she was a client, quickly followed by Emma Watson. And then the story went into overdrive when it emerged that Piers Morgan’s wife Celia Walden had worn a dress by Libelula – meaning dragonfly in Spanish – at their wedding last year.

But alas, the rumours were not to be, leaving Cranston, 34, to join fellow designers Alice Temperley and Bruce Oldfield as ‘also rans’ in the race for the royal dress. On the big day Kate entered Westminster in an ivory and satin Alexander McQueen gown designed by creative director Sarah Burton.

But the fact remains, Kate is certainly a fan of Libelula and to prove this she donned the now famous black velvet vintage coat to a friends’ wedding in Yorkshire in January.

The daughter of a farmer, Cranston is certainly on the up, since she started her now red hot label from the small studio in the unlikely hamlet of Facinas.

Her move to Spain came after winning the prestigious Designer of the Year Award in 1999, an accolade shared with such luminaries as John Galliano and Alexander McQueen.

She went on to hone her skills under McQueen himself, before setting up the well known label Temperley in 2000 with friend Alice Temperley.

But after two years she decided to follow her dreams and jumped into her battered old camper van to pursue a new laid-back lifestyle in southern Spain.

She told the Olive Press: “I was never good at the London social thing, where I had to go out to represent something I wasn’t.

“I’d always loved the idea of living somewhere Spanish and on the beach so I thought, just take some months off, and go and learn Spanish and flamenco for a bit.

“I somehow got attached to Facinas, it was the nearest village where I’d get my fruit and veg and I got to know the local community pretty well. 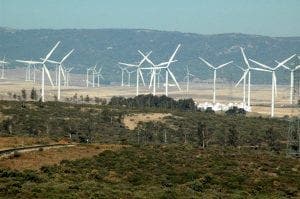 “It was amazing, I felt free and fulfilled; I could sit in my hammock and look out over Africa and take my Labrador Alba for walks along the isolated beaches.”

Within months of arriving in 2002 she launched her new label, which slowly became known among the fashion circuit around Tarifa and on the Costa del Sol.

“Things just started to take off without me really pushing anything. I loved working with people on what they wanted and what suited them,” Cranston said.

“I knew I had to have a studio in Facinas. It’s such a cool relaxed place in an amazing location,” she explained.

“The turbines that surround the village are a good thing. It stops any more new houses being built and keeps the village contained in its authenticity.

“I employed the local women to make up the pieces in the collection, before they got sent off to China.”

But as the label grew it sadly became necessary to move the headquarters to the UK, so in 2007 the mother-of-two opened her Chelsea showroom.

“I knew it was time to have a base in London too, the label was growing so quickly and I did have to, slightly reluctantly, join that pace,” she recalls.

“But,” she added “Nothing can compare to the passion I feel for Spain.” 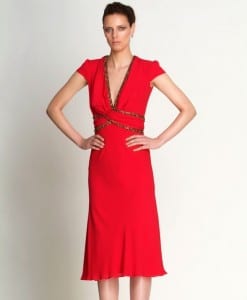 It is this passion that has clearly influenced her signature vibrant prints and beautifully cut, feminine, vintage-inspired designs that can be found in the world’s best boutiques.

She currently creates two ready-to-wear fashion collections a year, plus a fledgling bridal range that has received more coverage in these last two weeks than most designers get in a year.

“For me it’s about creating pieces that suit different body shapes and each of the dresses, coats, skirts and tops can work on both slim and curvy figures.”

So whether you are married to a butcher or a Prince, Libelula is sure to have something that fits.