A BRITISH golf pro based in Marbella has been arrested over child sex offences.

Sean William Stiff, 39, is being detained after an alleged victim, now in her teens, claimed he abused her for five years.

The former boss of El Soto de Marbella Golf Club taught and even set up a youth academy at the club.

He has been in Spain for six years and previously worked as the golf pro at Cabopino and at El Chaparral in Mijas.

A Foreign Office spokesman said: “I can confirm the arrest of a British national.” 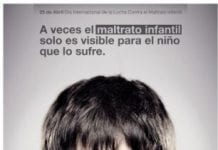