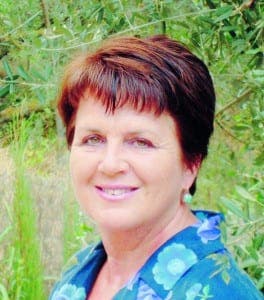 BEING interested in herbs is anything, but ‘new age’. In fact, herbs are intrinsically woven into the histories of peoples and civilisations around the world.

Wild plants were picked by ancient tribes for many reasons and, in particular, early man discovered that the inner bark of the willow tree made for a great painkiller.

When plants found in a Neanderthal grave, dating from 60,000 years ago, were analysed, most were found to be herbs.

The Chinese, in particular, have practised herbal medicine for over 5,000 years and valued sage so highly that merchants used to trade three chests of tea for just one of sage.

In India, Ayuvedic medicine has used 600 indigenous herbs for over 4,000 years, while the Egyptians used Frankincense, Myrrh and Chamomile in the mummification process.

In about 500 AD Herodotus identified about 700 herbs and their uses; while later, Hippocrates – the father of modern medicine – often prescribed herbs, such as parsley to treat kidney pain.

When the Romans were marching across Europe, they took with them many herbs, such as sage, rosemary, fennel, and thyme to cultivate for their own use. They also used Horsetail (Equisetum arvense) to clean their pans and make them non-stick, due to the high level of silica in the stems.

Later, during the Dark Ages, the traditions of herbal remedies were kept alive by monks, with many monasteries planting herb gardens within their walls and treating the local population.

And did you know, that in the Middle Ages, Medieval travellers used Lovage (Levisticum officinale) as the bygone equivalent of Odour Eaters, thanks to its excellent deodorising properties?

In Tudor times, young girls were expected to learn about herbs and be able to mix potions or ‘simples’ as they were called. The Tudor housewife, knew to strew herbs such as lavender, meadowsweet, and mint to keep the house smelling pleasant.

The 17th & 18th Centuries brought an explosion of new herbs and spices introduced into Europe from the New World. However, there was a decline in the importance of herb gardens, which continued into the modern era as manufactured medicines took their place.

Despite this, however, herbs are still fundamental to our everyday life, whether in cooking, beauty products or as the foundation of many medicines.

Increasingly as people look to a healthier lifestyle, herbs have come to symbolise that more natural approach.

So, what is a herb? Well it depends who you ask. Botanists describe herbs as small, seed bearing plants with fleshy parts, from which we get the term ‘herbaceous’; while the Oxford English Dictionary defines herbs as, ‘plants of which the leaves, stem or flowers are used for food or medicine, or in some way for their scent or flavour’.

In reality they are a broad group of herbaceous plants, trees, shrubs, annuals, mosses, and ferns valued for their flavour, fragrance, medicinal, industrial and economic uses.

In the next few months we shall discover the many uses of herbs, as companion plants, insect repellents, dyes, pot-pourris, cosmetics, household cleaners and natural medicines.