EXCLUSIVE: She likes Marks & Spencers, but not cycle lanes, she’s a fan of Turner, but has never heard of Damien Hirst and, unsurprisingly, for a woman said to be worth 600 million euros, she has a passionate hatred for the communist party… the Olive Press gets an exclusive interview with the Duquesa de Alba in the run up to her wedding.

IT is impossible to sit in a dentists’ waiting room in Spain without seeing the latest pictures of the colourful life of the Duquesa de Alba.

Whether it be a day on the beach with her toyboy lover, 24 years her junior, or the iron grandmother pictured with her coterie of grandchildren, few foreign residents in Spain could fail to recognise the striking features of the 18th Duchess of Alba.

Now, in one of the most exciting events of the Spanish social calender, the 85-year-old is to walk down the aisle for the third time with her fiance, civil servant Alfonso Diez, 61.

Spain’s most titled woman – whose blood is so blue the Queen of England would have to curtsey to her – is this time choosing a small private ceremony at her estate in Sevilla tommorrow.

“I feel more at home in Sevilla,” she told the Olive Press during a recent interview in the city, where she spends most of her time thesedays.

But despite her Bohemian image – being pictured topless on the nearby Cadiz beaches – she is not a big fan of the latest green measures in her home city. “It used to be a lovely place,” she says. “But now they are spoiling it by putting in new things like cycle lanes, etc. It’s terrible.”

It has certainly been a colourful life for the Duchess, who is followed by paparazzi wherever she goes.

But this, of course, is not surprising for a woman, who has more than 150 titles and owns palaces in Madrid, Salamanca and Sevilla, not to mention sizeable villas in Marbella and Ibiza.

So rich, in fact, is Cayetana Fitz-James Stuart, 81, to use her real name, that it is said that she can cross one end of Spain to the other without having to leave her own country estates.

It is a fortune (or legacy, depending on your point of view) that would not appeal to everyone. She is such a controversial figure, that when the left wing Junta honoured her as an “adoptive daughter of Andalucia” last year, there were protests in the streets.

Said to be linked to a series of disparaging comments about the region’s working classes, her arch rivals in the IU communist party are even currently opposing the erection of a statue of her in Sevilla.

Clearly she can’t stand the party’s leader Antonio Rodrigo Torrijos, who she describes as “that terrible Communist”.

But, despite the antagonism, she is still more comfortable living in the Andalucian capital, than in Madrid, where she was born.

It is here, after all, where she launched an exhibition of 40 of her favourite works of art at the Museo de Bellas Artes last year.

One of Spain’s most important private collections (some 600 paintings in total) it, of course, includes the famous portrait of her great, great-grandmother, the 13th Duquesa de Alba, painted by Francisco de Goya at the family’s country estate in Huelva.

The duchess’s favourite, it is a painting steeped in intrigue and mystery, as it has often been claimed that the former court painter to the Spanish royal family was said to be having an affair with the duchess at the time.

But she also loves the impressionists, such as Gauguin and Renoir and fellow Spanish great Velazquez, of whom she also owns various works.

The duchess explains how she has always been a keen collector, and her favourite hunting ground was London, where she partly grew up.

Talking in perfect English, with a refined, aristocratic accent and no trace whatsoever of Spanish, she says: “I love the galleries in London. I used to go to the Marlborough Gallery (a leading contemporary gallery in Mayfair) to buy paintings. I like Turner, Gainsborough and Reynolds, but not Bacon or Hockney.”

She is in a good mood and despite talking slowly, a consequence of an operation this year on her brain, she has a playful sense of humour and is both expressive and animated.

When I was four years old Zuloaga painted me, but I fidgeted so much he said he’d never paint another child,”

One of her biggest loves is Picasso – who she reveals wanted to paint her nude when she was just 22 years old. “But my husband wouldn’t allow it,” she explains. “And I suppose it would have been very shocking in that era.”

When I ask her about her views on current art, she replies that she likes contemporary Russian painters, but somewhat incredibly has not heard of Damien Hirst and his pickled sharks and sheep.

Her interest in art stems from her early days living in Madrid.

“When I was a child, my father took me to the Prado every Sunday. I especially loved the paintings by Velazquez and Goya,” she says. “But I have always loved art. When I was four years old Zuloaga painted me, but I fidgeted so much he said he’d never paint another child,” she recalls – and he didn’t.

The resulting portrait of the young Cayetana on her favourite pony, Tommy, also features her toys Mickey Mouse and Felix the Cat, represented with spooky, staring eyes.

She spent a number of years in the UK as a child, when her father was the Spanish ambassador. They lived in Belgrave Square in the heart of exclusive Belgravia, but a young Cayetana had been sent to a convent school.

“I didn’t like it very much – the teachers were sarcastic, and I was away from my country. It was rather difficult,” she recalls with typical upper-class understatement.

Nonetheless, she has always retained an affection for the English capital.

“I love London. I stay at Claridges when I’m there – it’s divine. I shop at Marks & Spencers and Selfridges, which are wonderful.” (When I tell her Marks & Spencers is going to open in Marbella soon, she laughs and says, excitedly “Oh good!”)

“I go to the National Gallery and Tate Britain, and to Covent Garden for the opera – I love Verdi, and Italian operas in general.”

The Duquesa herself now has an eye popping 150 titles, including the 11th Baroness of Bosworth and the 14th Countess Duchess of Olivares. She is also estimated to be worth 600 million euros, but when I ask if this is true, she tells me firmly: “I have absolutely no idea”.

Her fabulous art collection was started by the 3rd Duque de Alba, known as the Iron Duke, whose portrait by Titian is in the exhibition. When visiting Naples in the 16th century, he became interested in Italian art, and his patronage was continued by the 4th Duque.

In the 18th century, the 13th Duquesa, Maria del Pilar Teresa Cayetana de Silva, was an enthusiastic sponsor of talented young artists. She also gave away inherited works by Velazquez and Raphael.

When Maria Teresa died without an heir, the title passed to her nephew Carlos Miguel, 7th Duque de Berwick, who travelled around Italy collecting Italian and Dutch paintings.

The current Duquesa has added many 19th and 20th century works to the collection, notably by Renoir, Picasso and Miro.
While she insists a number of times in the interview that she is “not a political person”, she can’t help but make proclamations on the current state of the country and region.

In reference to the controversial Torre Pelli, the 178-metre skyscraper being built in La Cartuja, in Sevilla, she is extremely outspoken and very critical for effectively driving it through.

Clearly slightly stuck in a bygone era, she is nonetheless a free-spirited individual dealing with numerous issues deriving from the huge changes seen in Spanish society over the last few decades.

Eccentric and outspoken, but also gentle and amusing, her parting words are poignant and a touch sad. “Treat me well,” she says a little plaintively. How times have changed. 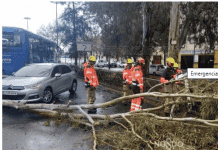 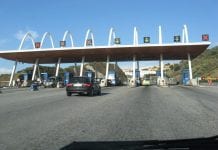