CAVERNOUS potholes littering the only public ‘road’ through Finca La Garganta hunting estate mean imperial eagles are not the only endangered species to reside here.

On the few occasions that the condition of the road allows your eyes to wander, you are met by an imposing fence apparently built with the sole purpose of keeping the hoi polloi out.

Meanwhile signs warning passers-by not to trespass are almost as numerous as the partridges which take flight as you edge along the track.

Nestled among miles and miles of rolling pine and oak-covered hills in the northern-most extremities of Cordoba, the exclusive property is one of Europe’s most secretive bolt holes.

The 15,000 hectare estate – leased by Britain’s richest man, the Duke of Westminster (below) – is a popular retreat for Europe’s elite, with Princes William and Harry the most recent visitors in January. The King of Spain – recently lambated publically for taking a costly trip to hunt elephants in Botswana – has also hunted here. 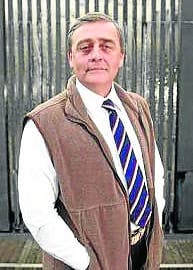 Almost like an independent state, it boasts its own petrol station, a private railway station and accommodation for 100 staff.

Within its 50km perimeter the estate teems with wildlife, and provides a safe haven for a number of protected species including three types of vulture and imperial eagles.

But it is the highly sought after wild boars and stags, as well as an abundance of game birds which make the property such an appealing home-from-home for William and Harry.

The brothers spent two days on the estate earlier this year to celebrate the completion of Harry’s elite helicopter training, ahead of William’s deployment to the Falkland Islands.

William flew into Sevilla airport before being joined at the estate by his brother, who had flown by private jet to Ciudad Real.

The royal party of 10, including a number of friends and royal protection officers, were joined on the shoot by a team of around 20 beaters from surrounding villages.

The all-male group were apparently intent on enjoying some quality time together away from their other halves, with William leaving his wife the Duchess of Cambridge in the UK.

The party stayed in a ten-bed villa, featuring a jacuzzi, sauna and swimming pool.

“They were whisked in by car and kept themselves to themselves all weekend,” one gamekeeper who works on the estate told the Olive Press.

“I wasn’t told in advance who was visiting the estate, I was only told to put together a reliable team of men to help on the shoot.

“I joined them on the shoot on both days but we weren’t allowed to talk to them, although they seemed to be having a good time,” he added, on condition of anonymity.

On previous visits to the estate, as reported in the Olive Press five years ago, the princes ventured into the nearby village of Conquista and even dined at the popular Sierra Madrona restaurant.

But on this occasion it seems the royals were content to stay within the confines of their villa.

“Everybody knows they have been here again recently but no one saw them this time,” one restaurateur told the Olive Press.

“One of the TV networks hired a helicopter to fly over the estate in an effort to try and spot them but the only sighting was of Harry at Ciudad Real airport,” he added.

Speaking in 2007 following a previous visit by Prince William, estate manager Jose Maria Tercero told the Olive Press: “William has been here, but I cannot comment when or for how long. I cannot say anything about the finca or how it is run. I have been told to say nothing to the press. The Duke is a very private man and does not want any interference here.” 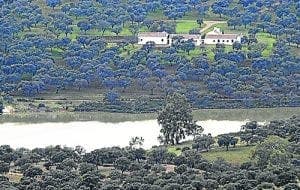 The gamekeeper’s property is as close as it is possible to get to the Finca without an invitation, with privacy apparently top of the agenda for the reclusive Duke.

The aristocrat – who has an estimated 8.5 billion euro fortune – took control of the estate in 2001 after leasing it from the heirs of previous owner the Duke of Bavaria for a reported 2.4 million euros.

And following a high-profile spat with the locals in 2003, it is perhaps not surprising the powerful landowner is keen to keep the native population at arms length.

It came after he was able to move the proposed route of a new toll motorway away from the estate and nearer to the local village of Fuencaliente.

The Duke successfully argued on ecological grounds the new road should not cut through his estate, despite a high-speed train line already doing so.

However, he met strong opposition from residents in Fuencaliente, who argued the alternative route through their village was just as destructive to the environment and significantly more expensive.

The fact the Spanish Transport Minister at the time had been a guest at the estate only added to the villagers’ suspicion the Duke has used his political influence to sway the decision.

The row over the proposed Cordoba to Madrid road has increased the sense of a seige mentality developing on the estate, which has a substantial security detail.

Locals are also angry at the number of public roads running through the estate which have been cut off over the last few years, dwindling from 13 in 1978 to just one today.

But not everyone is against the Duke dubbed ‘the feudal lord’.

“It is good for the village and is bringing a lot of employment,” local mayor Diego Buenestado told the Olive Press. “The Duke might be a secretive person, but he shows a lot of consideration to his workers.” 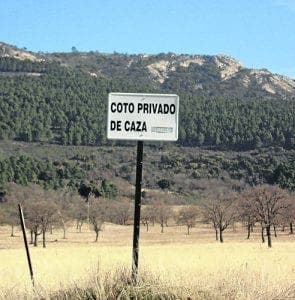