Parents in England who wish to send their kids to independent school could now look to shell out a staggering 250,000 pounds to fully educate their child as the cost of fees shoots up.

New figures from SFIA, an independent financial adviser, show the cost of secondary and higher education has soared by nearly 50 per cent in the past decade, far outrunning the rate of inflation.

However in Spain the fees are not rising as drastically making private education here much cheaper.

According to Philippa Ireton at Sotogrande International School, considered one of the coast’s most elite and expensive schools, some schools have even frozen fees.

“This year we put the fees up five per cent but it was the first time in three years as we had kept them steady during the credit crunch.

“I don’t know what the other schools are doing as a lot them keep that information quite close to their chest, but I certainly don’t think the fees have gone up by as much as 50 per cent.

“What is happening in Britain is the private schools are pricing themselves out of the middle class market.”

Meanwhile Jayne Hunter, at Swans International School confirmed that the school had also frozen the fees for the last four academic years. 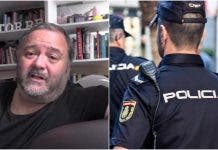