BULLFIGHTER Juan Jose Padilla has had another close shave – but this time out of the ring.

The matador – known as ‘The Pirate’, after losing his eye in a bullfight last year – has escaped prison for assaulting a police officer in 2010.

A San Sebastian court heard how Padilla, who testified via video link from his hometown of Jerez, hit an officer who was breathalysing his friend.

But as he has no previous criminal record he was given a seven-month suspended sentence and €400 fine.

Meanwhile, in a week of highs and lows, the bullfighter also received the ‘Insignia de Oro’ from Algeciras.

The bullfighter, who began his career in the Las Palomas ring in the city in 1994, received a standing ovation as he accepted the award. 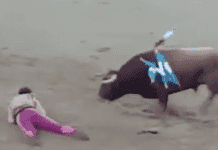 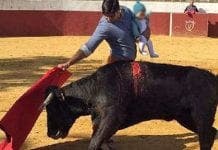 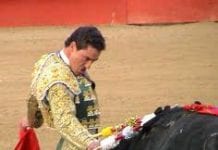