A BRITISH couple who had their home in Spain bulldozed despite having the correct planning permission are to sue the Spanish Judiciary.

Len and Helen Prior, both 68, are awaiting a court date after filing a case in Madrid earlier this month in a final bid for compensation.

The couple had their licence revoked by the Junta in 2008 despite having obtained the correct paperwork from Vera Town Hall, becoming the first Britons to be punished over ‘planning irregularities’.

But despite Spain’s Constitutional Court ruling the demolition took place illegally, the Priors are still fighting a near five-year legal battle.

“It’s our last hope but we’ve been warned it would be a ground-breaking case,” Helen said.

“The Spanish authorities hope that we will give up and just go home. But this is our home. We have nowhere else to go to.

“I do wonder how many years I have left to live and it’s so upsetting to think that they will probably be spent fighting on. But we won’t give up. We can’t.” 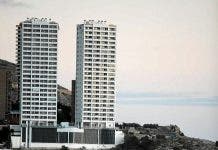 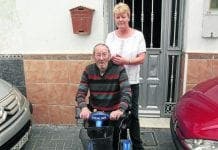 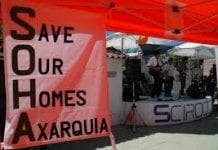