IT was an image that raised eyebrows around the world.

A well-dressed little girl, no older than six or seven, lifting her right arm in a fascist salute during a celebration to mark the anniversary of the death of Spanish dictator Francisco Franco.

The picture was taken during an annual procession to mark Franco’s death in 1975 and that of Falange founder Jose Antonio Primo de Rivera, who died on the same date in 1936.

But while the youngster is guilty of little more than child-like enthusiasm – the photograph has reopened the debate about the influence of the far right in Spain.

Unprecedented austerity measures introduced in response to the eurozone crisis have already led to a rise in the popularity of far right groups among disillusioned voters across Europe.

Elsewhere, France’s anti-immigration National Front party claimed to have enrolled 600 members a day in the final week of November, compared to 150 per day previously.

The increased profile of these groups is fuelled by high unemployment figures which far right parties have been quick to link to immigration.

Spain, with an unemployment rate above 25%, has become a fertile breeding ground for far right sympathisers.

This is highlighted in a 2012 report on the impact of the far right in Europe by the Institute of Race Relations.

“In southern Europe, in particular, asylum seekers and migrant workers are the targets of rising nationalism, with the mainstream anti-immigration agenda fuelling attacks,” states the report, entitled Pedlars of hate: the violent impact of the European far Right.

But just how active is the far right in Spain, and is there any evidence to support the idea of increased popularity, in the absence of any official government statistics?

It is estimated there are around 70 far right groups active in Spain, around 20 of which are political parties.

According to the police, membership of these groups totals around 10,000, although campaign groups put the figure closer to 15,000.

Around 20% of the members are female. 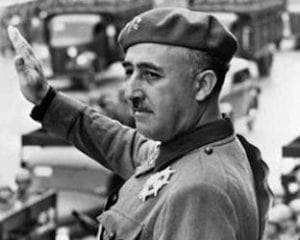 Extreme right-wing content can be found on more than 200 websites, while there are currently over 60 far right rock bands playing at around 20 dedicated concerts a year.

According to Movimiento contra la Intolerancia (MCI), an NGO working to prevent right-wing extremism, right-wing violence is responsible for over 80 deaths since 1991.

It puts the number of attacks motivated by right wing extremism, racism, homophobia and anti-Semitism at 4,000 a year.

In March, a 16-year-old boy was left in a coma and several others were injured after Nazi skinheads attacked an anti-fascism concert in Manresa, near Barcelona.

The attack was condemned by the majority of town councillors in Manresa, but not by all of them.

The extreme-right party, which has links to Spain’s fascist and Falangist past, benefits from state subsidies despite running campaigns against mosques, which frequently land it in hot water.

The party is currently being investigated by Barcelona’s public prosecutor in relation to comments made by members on Facebook about the religious rights of Muslims.

Messages were posted describing imams as ‘swine, sons of whores’ who ‘are in need of another night of the long knives’.

Meanwhile, a probe has been launched into allegations of incitement to racial hatred in relation to election literature distributed in towns near Barcelona.

Leaflets wrongly claimed that free medication and jobs not offered to locals were granted to immigrants, and that Pakistani businessmen ‘do not pay taxes’.

But far from putting off voters, the party’s campaigns appear to have had the desired effect at the polls.

In the May 2011 elections for the Catalan parliament and seventeen regional legislatures, the PxC won 65,000 votes and returned 67 councillors, 50 more than in the previous election.

In total, the eight parties that comprise the extreme right in Spain won 88 council seats.

Even the centre right government of Mariano Rajoy’s PP party is not immune to far right sentiment.

In the lead-up to the regional elections in Cataluna, the party was forced to withdraw an online game inviting players to bomb illegal immigrants.

Elsewhere, a PP mayor faced civil action after 16,000 leaflets linked immigration to crime and described Romanian Gypsies as a ‘menace’ who ‘have come exclusively to commit crimes’.

But despite these instances seeming to show a strong vein of far right sentiment running through Spain, most notably in Cataluna, there is no evidence to suggest a coherent and influencial movement is on the rise.

No extreme-right politician has held a position higher than town councillor since Spain became a democracy following Franco’s death.

While the overall influence of the far right appears to be minimal, with the total number of votes achieved by extreme-right parties at the 2011 general election amounting to just 0.3% of all votes.

The inability of the various factions to find sufficient common ground to form a coherent alliance appears to be a major factor in their struggle to gain a foothold in mainstream politics.

And while Spain is often criticised for being slow to move on from its fascist past, decisive steps have been taken to reduce its influence.

In 2007, the Socialist government of Jose Zapatero passed legislation to remove all Francoist symbols from public buildings, while the last monument to Franco was taken down in 2008.

It also set up a commission to review the future of the Valley of the Fallen, the site near Madrid built to honour those who died fighting for fascism, and Franco’s final resting place.

A vocal and often violent minority in other European countries appear to be turning to fascism in increasing numbers as they attempt to escape an economic abyss.

But in Spain it seems, the unhealed wounds of 36 years of fascist rule has left voters wary of turning to its controversial past for a solution to current problems.