HE only moved back to England a few weeks ago after spending several years in LA, but David Beckham is clearly missing the sunshine after being spotted in Marbella.

The former England captain was seen running around the town’s streets during filming for a new Adidas advert, after arriving on the Costa del Sol on Monday.

The 37-year-old ex-Manchester United and Real Madrid midfielder was surrounded by a bevy of Spanish women as he enjoyed the sunny weather while chatting and joking with crew members.

Dressed head-to-toe in blue and black running gear, Beckham showed great stamina to put in an athletic performance, less than 24 hours after being photographed leaving a London pub.

The father-of-four previously spent time in Marbella with his family in 2006, staying at a €16,300-a-night mansion owned by tycoon John Magnier.

Beckham has also previously been linked with a mansion in La Zagaleta, in the hills above Marbella.

The footballer – who is currently without a club after leaving LA Galaxy – returned to the UK on Monday evening and is set to start training with Arsenal on Tuesday as he ponders his next move. 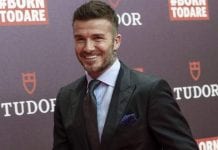 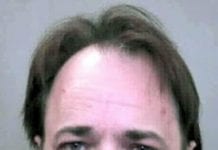