HEALTH bosses say that foreigners coming to Spain for cheaper medical treatment could be the answer to the country’s struggling economy.

Medical tourism is now worth around €75 billion worldwide, according to the Organisation for Economic Co-operation and Development (OECD), and tour operators, business leaders, private hospitals, and state health authorities in Southern Spain are hoping the region can benefit.

Dr Miguel Such, head of cardiovascular surgery at Malaga’s Clínico Universitario hospital, said: “Our objective is to attract foreign patients to Malaga’s many good private health centres and put Malaga on the global healthcare map.

“Spain’s tourism sector has been ignoring this market and we have been selling sun and sea without realizing that we could do much more.

“Our healthcare system is well regarded internationally, and there is significant demand from foreigners to use it.”

Prices for medical treatment in Spain are around 30% to 70% cheaper than in the UK and for patients from the US the savings are even greater.

For example, a nose re-shaping in a private UK hospital would cost a patient anywhere between €3,535 and €4,710, but in Spain the same surgery is available for around €2,400.

Prices for knee or hip replacements are also around half what they are in Britain.

Its reputation and high standards of care mean the Spanish healthcare system is currently ranked seventh in the world by the World Health Organization. 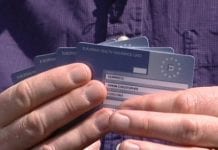