A DUTCH Olympic athlete and her boyfriend have gone missing in Spain.

Volleyball player, Ingrid Visser, 35, and her partner,  Lodewijk Severein, were last seen in Murcia on May 13.

Police have found no trace of the pair following an appeal from worried family members and their luggage remains at the hotel they checked into.

The rental car hired by the couple has also gone missing.

Relatives became concerned after Visser failed to turn up to a hospital appointment in Spain. 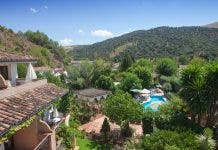