NEARLY 50% of the country’s second-generation immigrants feel at home in Spain, a recent report on integration has revealed.

Researchers believe the statistics show that the process of social and cultural integration in Spain is slow but constant.

The long-term study by the Ortega y Gasset University Institute and PrincetonUniversity analysed the feeling of integration among children of immigrants who arrived in Spain in the 1990s.

It found that the number of second generation immigrants who felt Spanish increased from 28.7% in 2008 to 48.3% last year.

The study’s authors, Alejandro Portes and Rosa Aparicio, believe that the ‘positive’ response from second generation youths is due to greater acceptance by Spanish society.

The study showed that last year less than 10% of immigrant children felt they had been discriminated against.

In addition, the authors pointed out that although many immigrants come and go from Spain, their children tend to stay and take advantage of the educational opportunities in their adopted country.

“The vast majority of children born in Spain or brought from other countries at a young age stay in Spain and continue their studies” they said.

The research also found that children of foreigners share the same career and educational aspirations as young Spaniards, with 68% aiming to get a university degree.

However, modest incomes mean their expectations of achieving these goals are significantly lower: just 57% realistically expect be accepted into a university. 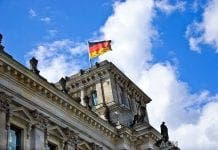