IT was with great irony that the Olive Press reported that Prince Alfonso de Hohenlohe’s mountain estate was facing the indignity of a ring road being carved through it three years ago.

For the German aristocrat is the man often credited with lighting the touchpaper that led to the building boom on the Costa del Sol back in the 1950s.

Hohenlohe – a classic playboy with a love for the ladies – had been the svengali who brought in the necessary capital, both in human and financial terms, to turn the small coastal town of Marbella into a highfalutin millionaires playground to rival the likes of Cannes and Deauville.

It was in 1947 that the bright-eyed and charismatic Alfonso had been sent to the coast by his eminent father Prince Maximilian von Hohenlohe to purchase some land. 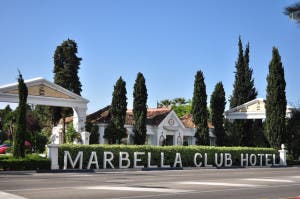 The 23-year-old son of six children first met up with his eccentric uncle Ricardo Soriano, who would often eulogise about the merits of the coast.

A self-proclaimed womaniser, Soriano was a huge fan of water sports, especially powerboat racing and lived an enviable bohemian life.

While taking Alfonso on a jaunt along the coast in a classic charcoal-powered Rolls-Royce they, perchance, decided to stop in the then small fishing village of Marbella.

The bilingual Alonso – who was a keen painter – was immediately taken by what he saw.

Sheltered by the dramatic Sierra Blanca, with crystal-clear waters just a stone’s throw away, the savvy prince was wooed by the wealth of opportunities this costal enclave had at its fingertips.

He ordered his father to sell off his wine cellars in Malaga and begin developing what was to become the first of many new hotels in Marbella.

The well-connected prince then embarked on an impromptu campaign to convince all his high-flying friends that Marbella, not San Sebastian or Cannes, was the only place to be.

Despite the doubts, Alfonso persisted with his dream and it was later realised when he opened the now legendary Marbella Club hotel in 1954.

The royal socialite soon came into his element as he busily promoted his luxury accommodation, and, sure enough, the world’s rich, famous and powerful soon began to pour in.

First up, the grand families of central Europe, including the Bismarcks, Rothschilds and Metternichs, began visiting the exclusive hotel.

Even British aristocracy got in on the act, with the Duke and Duchess of Windsor (Edward and Mrs Simpson) enjoying the experience served up by Alonso.

He even employed a piano player, Don Jaime de Mora y Aragon, who was directly descended from 56 kings and was also the brother of the Queen of Belgium.

“The people I had met in Hollywood, in New York, in Europe, they were the roots, the bridge that brought people to Marbella… who made Marbella,” explained Alfonso.

Marbella took pride in being cut off from the hectic, stressful and often scary modern world. 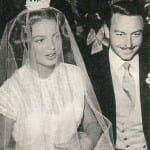 Indeed, news of the Cuban Missile Crisis did not reach the resort until it was over.

“Everybody had the most gorgeous parties when the rest of the world was trembling that World War III was starting,” explains Count Rudi Schonburg, a former manager of Marbella Club.

And coining the nickname the ‘King of Clubs’, Alfonso’s reputation quickly preceded himself and he soon opened up a disco which got the club swinging every Tuesday and Friday night.

“At dinner everybody arrived with a dinner jacket, but I said ‘Stop! This is not the Marbella way! You only wear a dinner jacket on new Year’s Eve’,” recalled Alfonso.

As the inspired prince’s creation boomed, so did Marbella and its surrounding hillsides. New restaurants, bars and sports clubs began sprouting up as the Costa del Sol quickly entered its so-called golden era.

The likes of multi-millionaire arms dealer Adnan Khashoggi (who formerly owned La Zagaleta, Spain´s most expensive real estate enclave in the hills en route to Ronda) were able to dock their luxury yachts in the port.

But as the celebrities flocked to the land of plenty, the cement mixers and Spain’s national bird – cranes – arrived in force.

Alonso assumed the role of head of the Costa del Sol Promoters’ Co-operative. He lobbied vigorously for improvements in the local roads, airports and water supply.

His vision for the coast soon spurred the rapid growth of neighbouring Torremolinos as its grey concrete skyscrapers shot up along the seafront.

Yet thanks to Alfonso’s vision, Marbella maintained its classy appearance while today, Torremolinos’ buildings are now crumbling away into the seafront.

Alfonso and his friends ensured that Marbella was tastefully developed with low rise white-washed houses and palm-filled gardens.

And the arrival of the 1960s witnessed Alfonso and Marbella at the peak of their fame.

Celebrities Ava Gardner and Kim Novak were among the many high-profile girlfriends he dated. 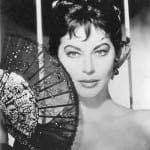 Yet as the Costa del Sol dream began to spiral into uncontrollable development, Alfonso became aware of the monster he had helped stir.

This influx of crooks and subsequent crime left the idealistic Alfonso disillusioned with the vision of rich grandeur he once envisaged for Marbella.

Entering his 60s, the idealistic prince settled in his last home with his third wife Marilys Haynes, a Gibraltarian divorcee. He plumped for a mountain retreat, in the hills close to Ronda, with a trout lake, partridge wood and an impressive library.

So it is certainly an incredible irony that little Arriate’s much needed ring-road is concreting over the adored, final home of Marbella’s development behemoth.