SPAIN has now become a wolf stronghold – with more than 2,000 specimens on the prowl.

But as a result of this population explosion – there is an estimated 250 breeding groups – there has been an increase in the number of attacks on farm animals.

In the past two months alone around 100 cattle and sheep were killed in Butraigo, at the foot of the Guadarrama hills – Spain´s newest national park, about 60km from Madrid.

Juan Carlos Blanco, a wolf specialist and adviser to the Spanish Environment Ministry said: “Guadarrama can support two, even three, packs. We think there are now six packs within 100 km of Madrid. When they arrive in a new area the shepherds do not know what to do.

“Then they find ways to protect their flocks with dogs or fences. It’s a natural event and the wolf will not go away now. Maybe hunters will exterminate one pack, but others will take its place. Wolves are very flexible and resilient.”

Wolves are a protected species and most countries offer to compensate farmers for the animals they kill. But many are now being hunted illegally and poisoned. Farmers and shepherds invest in fences and fierce dogs to protect their animals.

Officially, 130 wolves have been killed since 2005 in Spain, but the real numbers are unknown.

In the 19th century the European wolf was almost driven to extinction as hunters made a living from the bounties paid by villagers.

But conservationists are surprised at how fast wolves have returned during recent years, populating areas where they were last seen more than 100 years ago.

They have been seen within a few kilometers of major cities such as Berlin, Rome and Athens. Last month one was found near the Dutch hamlet of Luttelgeest, just 50 km from Holland’s densely populated North Sea coast. 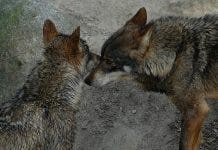 BEAUTIFUL BUT DEADLY: Iberian wolves expected to return to Spain’s Valencia region within the next five years 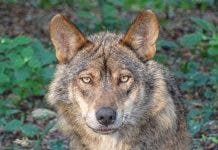