A new theme park built around the Italian car maker’s brand is to be built just outside Barcelona.

Ferrari Land, which will include a themed five-star hotel with 250 rooms, restaurants and a driving simulator, will cover 75,000 square meters within the PortAventura complex.

The company behind the project , Investindustrial, is ploughing €100 million into the venture which is set to open in 2016.

Acquired in 2009 by Investindustrial, PortAventura has been going from strength to strength and is now the Mediterranean’s top amusement park as well as the second-ranked in Europe.

Andrea Perrone, CEO of Ferrari Brand, said: “After the success of Ferrari World in Abu Dhabi, we received many, many requests to develop new amusement parks, and decided to accept Investindustrial’s because it is a very solid plan developed by competent people that will bring the magic of Ferrari to Spain, a nation where we have many supporters and enthusiasts, and to which large numbers of tourists flock each year, in part thanks to PortAventura.
The announcement follows one earlier in the month that a StarTrek themed amusement park was being builit in Alicante. 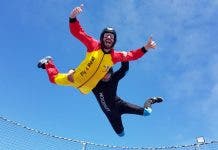 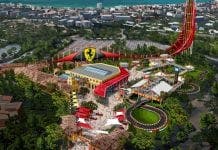 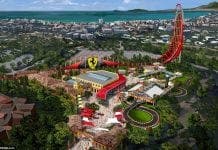