THE merger between British Airways and Iberia has helped the newly formed International Airlines Group (IAG) see its largest profits to date.

Once described as a ‘turnaround project’, the merger has turned a €506 million loss into pre-tax profits of €155 million in just one year.

Willie Walsh, IAG’s chief executive, said: “What you see today is the best second-quarter result for all three airlines, not just Iberia, since 2007.”

Aside from the merger, Walsh attributes the profits to cost-cutting efforts, which included layoffs. The executive has already cut thousands of jobs, and this month Iberia agreed to a deal that will cut a further 1,427 staff.

But the cuts have enabled Iberia to keep its aircraft up to snuff, ordering eight new Airbus A350-900s and a further eight A330-200s this month.

And the Irishman has his sights set high for the future, with plans to reach €1.3 billion by the end of the year. 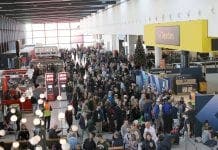 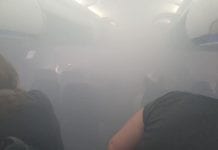 WATCH: Passengers use evacuation slides after British Airways plane fills with smoke and lands in Valencia