THE parents of brain tumour patient Ashya King have revealed how police officers in Spain argued when they were sent to remove the five-year-old from his family.

Father Brett King said police and ambulance officers argued outside the hostal Esperanza in Malaga – where the family were staying while attempting to sell their Casares holiday home – as they removed Ashya from his parents’ custody.

Mother Naghmeh King added that Ashya has been ‘left scarred’ by the three days he spent alone in hospital in Malaga.

Brett said: “An ambulance arrived to take Ashya to hospital but when my wife tried to get in with him, the police wouldn’t let her.

“Then they started arguing among themselves. One officer said: ‘What sort of world do we live in where you take a sick child away from his mother?’”

Today, Ashya is recovering from two weeks of proton therapy in Prague and has said his first word ‘mum’.

The Kings are left with €32,000 worth of legal bills and the €28,000 cost of flying Ashya from Malaga to Prague in a medically-equipped private jet.

However, an ongoing dispute with the NHS – which saw the Kings flee to Spain in August – also looks to have been resolved after the NHS agreed to fund Ashya’s €80,000 treatment.

Brett said: “People thought we were rolling in money but the reality was we didn’t have enough.

“Such a weight was lifted when the NHS called to say they were funding everything here. I don’t know if they’ve done this to try to salvage their reputation. They’ve certainly been pulling out the stops.” 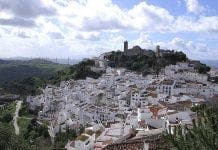