AN Alicante court has issued a writ to indict and interrogate French banking magnate Baron Rothschild, who will now appear in court.

The writ comes as part of an ongoing criminal case against N.M Rothschild & Sons, for fraud and fraudulent advertising.

Lawbird is representing 15 expat couples in their action against the multinational investment banking company, after allegedly being mis-sold €4 million worth of fraudulent equity releases.

“A great opportunity has opened before us to exert maximum pressure on N.M Rothschild & Sons,” said Flores.

“It remains to be seen how the bank will tackle this setback. So far, , the Rothschild camp have stood firmly by their CreditSelect loan product, deriding clients’ claims and being dismissive of the authority and capacity of Spanish courts.”

There is also a civil case in a Malaga court against the bank for misleading advertising.

Flores claims the Baron is the person ultimately responsible for allowing the false advertising to be distributed in Spain for the bank’s CreditSelect Series loan. 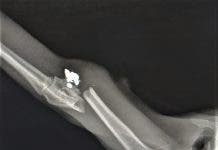