SPANISH celebrity singer Isabel Pantoja is to be sent to prison, after being sentenced for money laundering.

The Malaga court returned a unanimous verdict on Monday, recognizing her part in a political corruption as ‘one of the most devastating in democratic society’.

Both women were aware of the illegality of the money, according to the court.

Munoz is currently serving a six-and-a-half year sentence for money-laundering and bribery. 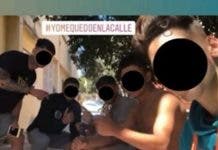