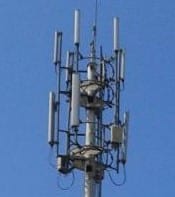 A CONTROVERSIAL mobile phone transmitter in Torrox will finally be taken down.

After a decade of protests from residents who claimed it was too close to their homes, the transmitter will be dismantled and relocated.

Mayor Francisco Munoz has authorised the removal of the mast, in the Generacion del 27 district, by February 11.

The licence, held by France Telecom, had already been revoked in December 2013, but instructions to dismantle it were previously ignored.