FORD has announced its biggest ever investment in Spain’s motors industry. 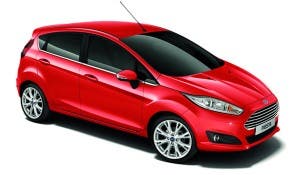 The US car manufacturer will pump €1.1 billion into its Valencia plant, in the final part of €2.3 billion expansion which began in 2013.

The investment will allow the plant to build 450,000 vehicles a year, making it Ford’s second largest assembly centre, behind Chongqing in China.

Prime Minister Mariano Rajoy visited the plant this week, where he praised the ‘key role’ that the motor industry has played in the revival of the country’s economy.

The industry created 26,800 jobs in 2014, according to Spanish car producers’ association ANFAC.

Ford first purchased 270 acres on the edge of Valencia in 1973, and in 1976 King Juan Carlos officially inaugurated the plant.