THE ferry that sails between Malaga and Melilla, has crashed into the quayside at Muelle Uno during a docking manouver in the Port of Malaga this evening.

First reports indicate that there are no casualties although one sailboat that was moored in the port has been sunk and another two damaged.

The Trasmediterranea-owned 151 metre passenger ferry, the Juan J. Sister, was built in 1993 in Finland and is registered to carry 672 passengers and 148 vehicles. It has a maximum speed of 17 knots.

It is not the first time the boat has been involved in an accident. In 2005 the Juan J. Sister broke its moorings in the Canaries and crashed into a tug boat that sank. 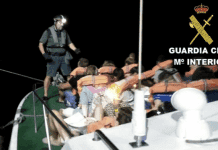 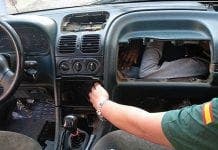 IN PICS: African migrant found inside GLOVE BOX of car heading to Spain