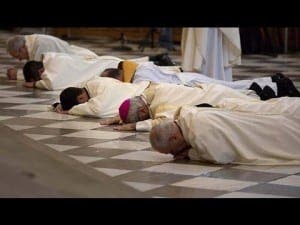 A GRANADA court has dropped charges against nine out of 10 Catholic priests accused of sexually abusing an altar boy.

Charges – which included ‘sexual abuse with penetration, exhibitionism and concealing evidence’ – were dropped because the crimes fell within the statute of limitations.

Charges were also dropped against the two laymen accused in the case.

This means that 11 of the 12 suspects will not be charged because too much time has passed between the alleged crimes and the complaints being made.

The investigation was launched following intervention in the case by Pope Francis himself.

The lawyer for the alleged victim insists that his client was unable to report the crime until he had moved away from Granada.

However, the decision has angered people for what is seen as a failure by the Vatican to punish senior officials who have been accused of covering up scandals.

Alex Trelinski - 19 Aug, 2022 @ 12:45
BENIDORM council has awarded a €2.5 million contract for the second phase of its Energy Efficiency project to upgrade street lighting to LED lamps. The...