DEATH-DEFYING Eskil Ronningsbakken has been living life on the edge in Ronda recently shooting a new television series.

Scroll down for photos and video…

He was performing balancing feats in historic Ronda – without any safety nets or life lines – over the world-famous gorge from the 150 metre high Puente Nuevo and other well-known landmarks around the town.

The Norwegian combines art and acrobatic skills and has performed in over 100 countries and TV audiences of millions.

His first major balancing performance took place at Preikestolen in Norway in 2001, more than 600 metres above the fjord when he performed a handstand

Prior to this he had practiced for years on his own and been educated at the German Staatliche Artistenschule Berlin performance school.

Asked whether he feels nervous he revealed, “I always feel a bit nervous before I balance and that’s absolutely normal for any human being. If I happen not to be nervous at all, then I can’t perform, because I’ll then be totally unprotected. On the other hand, I am trained to be in control of my fear. Fear doesn’t control me. I’m not terrified by the thought of death, but at the same time I’m trying to not fall over the edge. The goal is to create art and of course to survive. On the other side, to separate from the comfortable for a while gives me a whole new impression of the unknown.”

“I start every project envisioning an image, I see clearly what I want to do and my target, before I undertake any kind of action. Then next – months or up to a year of training. Safely on the ground first and then step by step, higher and higher. The mental and the physical preparations always go hand in hand. I never allow one of them to run faster than the other.”

“It is when I balance that I live. Everything else is just waiting.” 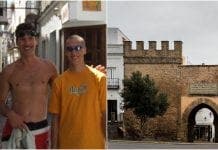 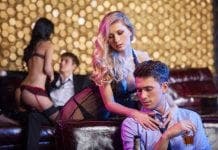